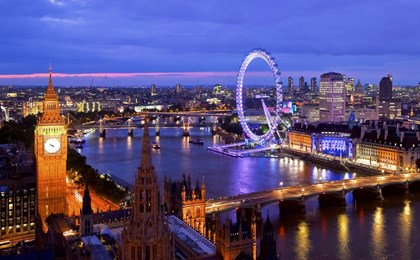 The UK Spousal Settlement visa which is also known as a UK Marriage visa is for those who are already married to a British passport holder. The application can be done from outside of the UK whether the British passport holder is out of the country or already in the UK. With the UK Marriage/Spousal settlement visa you will be entitled to immigrate to the UK with your spouse and live and work in the country without any restrictions.

UK Spousal Settlement visa holders have the same rights as any British passport holder in terms of living and working in the UK. The only difference is that you will not have the right to vote in any election until you become a British Citizen. On application, you don’t need to evidence your employability or employment history to be successful. All you need to do is show that you are genuinely and legally married to your British spouse and that your relationship is a genuine and ongoing one. There are many other documents and evidence that one needs to produce on application, but the legal marriage is your first point of call.

When applying for a UK Spousal Settlement visa, you need to evidence your relationship as proof that you didn’t get married just for the sake of getting to the UK. i.e.: you must have met, it must not have been an arranged marriage etc. The UK Spousal Settlement visa will be granted to you for 2.5 years. If you are still married and living together in the UK after the 2.5 year period, you can apply for further leave to remain for another 2.5 year period and thereafter your permanent residency visa known as your Indefinite Leave to Remain (ILR). Approximately one year thereafter, you can apply for your British Citizenship and passport, as long as you meet the current qualifying criteria.

The UK Spousal Settlement visa applicant and their spouse must have actually met in person and must intend to live together in the UK. You also need to show that you have enough financial support for yourself and spouse until employment is found or that you already have pre-arranged employment available for you on arrival in the UK. Having a place to stay in the UK is also vital in this application. It is important to note that one cannot simply immigrate to the UK with no plan of action. For example, if you don’t have a place to stay and don’t have any money, this is going to be a major problem in your application. You need to show that you have planned this move and will not require any recourse to public funding at all, at any time.

You can also bring any children with you to the UK as the holder of a UK Spousal Settlement visa. UK Dependency visa applications for children should be lodged at the same time as or after the UK Marriage visa application. If you have children from a previous marriage, you will be required to display evidence of the other parent’s consent to take the child to the UK, or documentary evidence of your full custody of the child.

Scenario 4 – no earnings at all

As of the 28 November 2010, all partner applicants (spouse, partner, fiance etc) will have to prove their English proficiency before they can apply for their visa. The UK does not consider South Africa to be an English-speaking country and it is for this reason that we have to prove our English language abilities before immigrating. This is done by writing and passing an approved English exam and submitting the results in with your visa application. If you do not pass the exam, you cannot get the visa. In certain instances you may be exempt from having to write the exam, for example if you are 65 years or older or if you have a degree qualification that was earned at an English educational institution. This will be discussed on consultation.

It is strongly advised to do a chest X-ray and take the results of the X-ray with you on the plane when you have your visa and are on your way to the UK. Although the X-ray is not a requirement for the actual visa application, they will most likely check for it when you land in the UK. It can be quite an ordeal if you have no proof that you are clear of TB and other lung diseases, therefore it is best to have it with you incase they do.