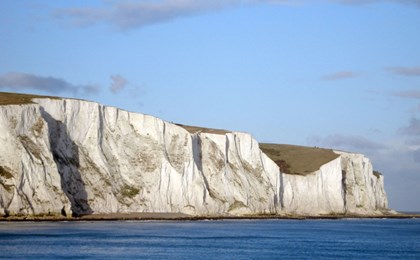 There are many people in the world who have long-term partners and live with these partners, but who don’t legalise the partnership through marriage. These are common law or De Facto partnerships and are still recognised just as a marriage is when it comes to eligibility for immigration to the UK.

This UK De Facto visa is also known as the unmarried partner visa and is only applicable to partners of British passports holders or partners of those who have settlement status in the UK. This means that they already have a settlement type visa in their passport and either already reside in the UK or would like their partner to travel with them to settle permanently in the UK.

Because there are often little or no legal documents to prove that the couple are common law or de facto, much evidence needs to be provided to prove that the relationship is a continuing and existing one. You have to have been together for a number of years and must have also resided together in order to apply for this UK De Facto visa.

Once the UK De Facto visa has been granted, it is much the same as the UK marriage visa in that it entitles you to live and work freely in the UK without any restrictions. The UK De Facto visa is valid for 2 years after which you can apply for your ILR (Indefinite Leave to Remain) and then your citizenship. This means that within 3 years of being granted your initial UK De Facto visa, you could become a UK citizen.

The applicant’s earnings CANNOT be taken into account at the Entry Clearance stage of the application. Only the British passport holder/settled person must evidence earnings as below. Along with earnings from salaried employment or self employment (UK), other earnings from non-employment can also be counted eg: property rental income, child maintenance income, interest income etc. Savings can be evidenced jointly.

Scenario 4 – no earnings at all

As of the 28 November 2010, all partner applicants (spouse, partner, fiance etc) will have to prove their English proficiency before they can apply for their visa. The UK does not consider South Africa to be an English-speaking country and it is for this reason that we have to prove our English language abilities before immigrating. This is done by writing and passing an approved English exam and submitting the results in with your visa application. If you do not pass the exam, you cannot get the visa. In certain instances you may be exempt from having to write the exam, for example if you are 65 years or older or if you have a degree qualification that was earned at an English educational institution. This will be discussed on consultation.

It is strongly advised to do a chest X-ray and take the results of the X-ray with you on the plane when you have your visa and are on your way to the UK. Although the X-ray is not a requirement for the actual visa application, they will most likely check for it when you land in the UK. It can be quite an ordeal if you have no proof that you are clear of TB and other lung diseases, therefore it is best to have it with you incase they do.

In this case we strongly advise that you take advantage of our services so we can do it all for you. The application is complicated and requirements are very specific, so it is best to let the experts handle the application for you.