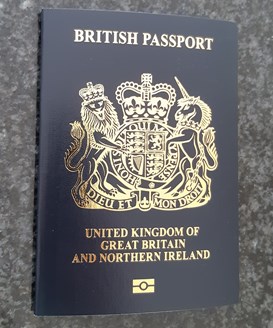 Those who were born in the UK or who were born to UK born parents are the largest group of passport applicants, though there are many ways in which one can qualify for a British passport. Visa Box will provide a full and free assessment to determine whether you qualify. Both the UK and South African Government do allow dual nationality.

Her Majesty's Passport Office in the UK (HMPO), where applications are processed and issued, has very strict rules and requirements with regards to British passport applications and often people are not aware of exactly what is required in terms of the relevant supporting documents. This is where we come in. We will assist you with the entire process, from start to finish, including advice and guidance regarding your supporting document requirements and online application process. We can also assist you in acquiring any documents which you don’t already have.

Please note: As of the 1st November 2013 there is a new process when renewing or applying for a new British passport. Applications will no longer be sent to the UK High Commission in Pretoria for processing, but are now sent directly to the UK. Therefore it is vital that you submit the correct supporting documents in with your application to avoid further delays and courier expenses. Visa Box will assist you in this regard.

The processing time for the British passport may vary from 4-8 weeks once the application has been received by the HMPO in the UK. You can only renew your British passport if it is maroon/red in colour. If you have a blue or black passport then you would treat this as a new application and therefore the relevant documents must be included.

British nationality laws are very complex and we at Visa Box can help you claim British citizenship if you fall under one of these categories and you meet the basic criteria:

- The applicant was born in the UK:

Birth in the UK does not always automatically result in British citizenship. It often depends on a couple of factors such as the applicant’s date of birth and the status of their parents at the time of their birth.

- The applicant’s Father was born in the UK:

- The applicant was born after 1983 to a British born Mother

We only assist with the following double descent applications:

- The British citizen by descent parent must have lived in the UK (or, if the child was born on or after 21 May 2002, in a British overseas territory) for a continuous period of 3 years at any time before the child’s birth. During that period they should not have absences exceeding 270 days.

- The application must be made whilst the child is under 18 years of age.

The minor child’s birth/citizenship must first be registered in the UK before we can apply for their first British passport.

What about your family?

If the rest of your family do not have British passports or aren’t eligible for British passports, they too will have the right to immigrate with you to the UK, but on family type Settlement visas such as the UK Marriage (spouse) or UK Dependency (child) visas.

If you don’t qualify for a British passport but one of your paternal or maternal grandparents were born in the UK then you can apply for a UK Ancestry visa for you and your family (spouse/partner/child dependents under 18 years old).